Skip to content
Home Our Work Where we work

Half of all investments in the energy sector are directed to countries in the Global South, and Nationally Determined Contributions (NDCs) in developing and emerging countries will be decisive for the achievement of the “well below” two degree target.

So the countries of the Global South are of particular interest to researchers seeking to measure progress towards climate change mitigation. The International Climate Initiative (IKI) and the COBENEFITS team have invited India, South Africa, Turkey, and Vietnam to become COBENEFITS partner countries.

Climate and energy policies in the COBENEFITS partner countries are currently at a crossroads: with energy demand increasing sharply, decisions on energy investments must now be made with the potential to create path dependencies that will endure for decades. Co-benefits lend weight to the argument in favour of increasing renewable energy generation capacities. Moreover, they can play a positive role in fostering transitions to sustainable, climate-friendly development pathways.

India’s geography is very diverse, from vast coastline to the great Himalayan mountain range in the north. The country accounts for about 17.5% of the world’s total population, and over 2.4% of the total surface area.
India has considerable natural and mineral resources. However, it is still grappling with several developmental challenges such as poverty, the paucity of basic infrastructure, and limited energy access. 30% of India’s population is still extremely poor, about 20% lack proper housing, over 25% lack access to electricity and about 70% lack access to safe drinking water.
To balance its economic objectives with climate change concerns, India aspires to enhance its Human Development Index (HDI) from 0.586 in 2015 to 0.9 in the future while limiting per capita energy consumption to 1.5 – 2 toe/year, in contrast to developed countries where high HDI levels are typically accompanied by per capita energy consumption levels of at least 2.5 – 3 toe/year.

END_OF_DOCUMENT_TOKEN_TO_BE_REPLACED

As a developing country, South Africa has no legally binding target under the UNFCCC to reduce its greenhouse gas (GHG) emissions but the Government has volunteered to reduce the country’s emissions by at least 34% in 2020 and 42% by 2025.
But a large proportion of these emissions emanate from the widespread use of South Africa’s abundant coal stocks, and it can be safely assumed that coal will continue to be the primary energy source for many decades to come.
To achieve energy security and energy access in the country, the government continues to invest into nuclear power and has identified the transition to a “green economy” as an opportunity to develop new industrial and technological capabilities to support economic growth and employment.

END_OF_DOCUMENT_TOKEN_TO_BE_REPLACED

In only 12 years, Turkey’s electricity consumption doubled. The industry sector is the largest consumer of energy in Turkey, with 36.1% of the final consumption by end-users (TFC) in 2014. Households accounted for 22.3% of TFC.
While energy demand in households has increased by 5.8% since 2004, demand in the commercial sector grew by 105.4%, more than in any other sector. Energy use in transport accounts for 24% of TFC. Turkey will likely see the fastest medium- to long-term growth in energy demand among IEA member countries. According to the government projections, it is estimated that TFC will more than double.

END_OF_DOCUMENT_TOKEN_TO_BE_REPLACED

In Vietnam, a rapid industrialization process following economic reforms in 1986 led to a sharply growing energy demand. As a result, energy production quintupled and primary energy use supply quadrupled between 1986 and 2015, while energy sources were diversified.
In 2015, coal and oil hold the largest shares of Vietnam’s energy supply (33,9% coal and 25,5% oil). Energy from biofuels and waste follow on the third position with 21,1%. With 13%, natural gas is the fourth important energy source, (mostly large) hydropower contributes with 6,6% to the primary energy needs.
Renewable Energy Sources are to date still negligible but develop very dynamically. A forecast for the Energy demand that was recently published by the Ministry of Infrastructure and Trade (MOIT) and the Danish Energy Agency predicted an increase from 54 MToe in 2015 to possibly 81-93 MToe in 2025 and 112-156 MToe in 2035. Vietnam’s Nationally Determined Contributions (NDCs) to the UNFCCC include the reduction of 8% of its GHG emissions in 2030 compared to its BAU (unconditional contribution), and a reduction of 25% of its GHG emissions in 2030 compared to its BAU (conditional contribution).

END_OF_DOCUMENT_TOKEN_TO_BE_REPLACED

In 2000, Germany decided to conduct a fundamental energy system transformation, the so-called “Energiewende”.
Efforts for reducing dependence for fossil fuel imports in face of the 1970s oil crises, resistance against hazardous nuclear power (starting in 1970/80s), a broad movement towards sustainability and to combatting climate change (starting in 1980/90s) provided a firm readiness and support for this transformation in Germany.

END_OF_DOCUMENT_TOKEN_TO_BE_REPLACED 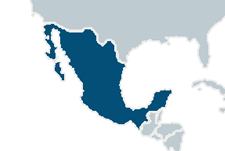 In an affiliated project in partnership with GIZ and the CONECC project, the Mexican government represented by SEMARNAT, IASS Potsdam is coordinating a series of assessment studies on the social and economic co-benefits of renewable energy and energy efficiency for Mexico (Co-Beneficios Mexico).

Read more about the project and co-benefits assessments in Mexico:

China is in the midst of an energy revolution and rapidly increasing the share of renewable sources. Its 13th Five-Year Plan prepares the political ground to seize the social and economic opportunities presented by renewable energy and to mitigate the harmful impacts of the fossil energy world.
Since 2014, the IASS Potsdam and the Institute for Applied Ecology in the Chinese Academy of Sciences (CAS-IAE) have worked together to explore the mobilisation of the co-benefits of climate change mitigation, and renewable power generation in particular.

Read about COBENEFITS events with a focus on China:

At the invitation of the American Council on Germany (ACG), COBENEFITS project leader Sebastian Helgenberger gave a series of talks in the US on the social benefits of renewable energies, sharing international experiences from the COBENEFITS project as well as lessons learned from Germany’s Energiewende.